Happy Saturday Spanking! We’re all here for another wonderful blog hop, thanks to our hostess Mistress Blake. I think I ever kept it to eight sentences today. I have another snipped today from Cassie's Conflict.
Tom had been most upset with Cassie about the tattoo she and the other girls got on their trip. The tattoo itself had been the least of it – the over drinking, going into a tattoo parlor in a beach town, letting some strange man put his hands on her – everything about the incident had Tom seeing red. Cassie was feeling red after Tom expressed his displeasure. But it was Cassie’s turn to feel fury when a few days later she found out Ryan had spanked Allie over the whole mess. Although Ryan hadn’t minded Allie getting a henna tattoo, he told her that by starting the whole thing she was the reason Cassie had been spanked. Ryan sent Allie on a real guilt trip before spanking her. Allie apologized to Cassie the next day and told her all Ryan had said. The next time Cassie saw Ryan she let him have it…

“How dare you use me to guilt Allie? I don’t even like the idea that you spank her – I feel guilty about that every day, but for you to tell her she was the cause of me being in trouble with Tom – well that is just an outrage! I’ve been getting myself into trouble with Tom for more years than you children have been alive – combined, with no help from anyone. I walked into that tattoo parlor on my own and told the man what I wanted – what did you expected her do, tackle me and drag me out?” I was on a roll.
“Boy, let me tell you one thing, I better never hear of you doing such a thing again. Don’t you ever spank that poor child again unless she has done something really serious and don’t you dare use me to make Allie feel guilty about anything or you just might find out what that brush feels like yourself! Do you hear me?”
Poor Ryan didn’t know whether he should be begging my forgiveness or running for the hills. I heard Tom speak from behind me, “Son, if I were you, I’d apologize to both these ladies and hope Cassie lets you live.” 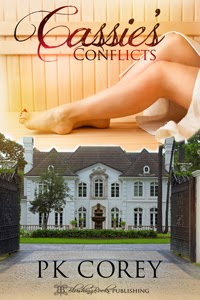