The importance of women's friendships 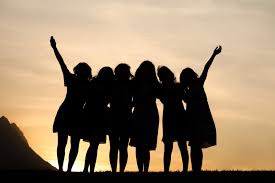 I told you in my post last Tuesday that the most important theme in my books is the relationship – the love story. I like to weave in the spanking parts, but the love story always comes first.
As I look back over them, I see that another strong theme in my books is the friendship between the women. I think deep down, that something we women long for nearly as much as we long for love from our significant other. In my Cassie’s Space series, there is a bond of friendship between Cassie and Sue and Annie that is as unbreakable as Cassie’s bond with her beloved Tom. These women have been together through thick and thin for over half a century.
To Cassie amazement, her friendship with her young neighbor has grown just as strong. Allie, barely sixteen when she met Cassie, not only bonded with Cassie, but Sue and Annie as well.  Allie also has friends closer to her age, Jenny, and Jenny’s sister-in-law, Lane. These two groups of friends are of very different ages, but all have bonded together for anything the other needs – whether it meets with the approval of their husbands or not!

There are tons of examples in my books showing these friendships, but this excerpt from, Cassie’s Influence, is one that shows the true closeness of the women – as I said, in good times and bad. Cassie and Sue have just read a text from a woman determined to get Cassie’s husband into her bed. To say Cassie is furious is an understatement. 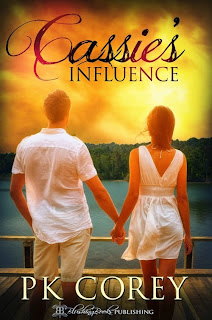 Steve (Sue’s husband) came in hearing me say, "… going over there and when I get my hands on that bitch, I'm gonna…" I'll spare you the graphic details, but evidently I was scaring Sue.
"You have to stop her," Sue hissed to Steve, who I must say, looked terrified at the prospect.
I don't know what I was actually planning, but I was going to confront that woman and I didn't mean maybe. While Sue was talking to Steve, I left and ran toward home. I wasn't going to give them the chance to stop me from my mission. I dashed in for my keys and back out just in time to see Steve pull his car right up to the garage door on my side making it impossible for me to get my car out.
"Move that thing or I'll take a nine-iron to it," I told them in a deadly calm voice.
Sue had gotten over her shock at my actions and was much more herself as she came toward me. "You planning on coming through me to do that?" she asked, hands on her hips and fire in her eyes. It was a standoff for the moment. I wanted a go at Nancy. Sue was willing to fight me to keep me from it. I realize now she was truly trying to protect me from myself. I don't know what might have happened if Steve hadn't come at me, and shoved the phone in my hand. "Talk!" Steve barked.
"Cassie, talk to me!" The tone of voice Tom used was probably the only thing that could have snapped me back to reality so quickly. But still I didn't speak. "Cassie, are you there? Say something."
Breathing hard I finally managed a terse, "I'm here."
"And you're staying there. You better listen to me, girl. I'm on my way home now. Don't you dare leave that house. Do you hear me?"
"You don't know, Tom, you don't know what she said." There was no need to tell him who 'she' was. While I was talking with Tom, Sue had taken the keys out of my hand and was herding me back into the house.
"I don't care. You stay put," Tom said firmly. "Let me speak to Steve." I just lay the phone on the counter and went out on the porch and curled up in my chair. I wouldn't talk to Sue. I was just playing that horrible tape of Nancy and my Tom over and over in my mind. In my mind, I was seeing all she had suggested, my mind's eye was seeing her all over Tom. It was sickening, but I couldn't stop. I sat right there, not moving, not speaking. Eventually, I became aware of Tom's voice in the kitchen with Steve. Sue had been sitting across from me – guarding, protecting, providing silent companionship – she didn't leave my side until Tom came out. I saw Tom take her hand and squeeze it, a rare gesture of affection between the two of them.
"Tom, I did this. Cassie didn't want to, it was me and I'm sorry," Sue told him.
Coming over to me, Sue got right in my face before she left. "Don't be stupid," she said, and then she was gone.