I know this is a special Saturday here at Saturday Spankings and that you have many Spank-o-Treat stories you’re anxious to get to. I don’t have one for you today, but I did take advantage of the relaxed rules to add a few more line.
I’m still using snippets from the latest Cassie book, Cassie’sRiver Living. Picking up from last week, Cassie is still annoyed by the attention Phyllis is paying Tom. Happily, Sue and Steve arrive and Cassie has a sympathetic ear.

“I love it here. Everything would be perfect except for the Phyllis-tine,” I told her. Tom just shook his head and didn’t try to stop my ranting. I told Sue everything. She listened intently as Tom and Steve fixed us some drinks.
When I finally ran down, Sue said, “Okay, I say we bitch slap her then scout out a good place to hide the body.”
Tom and Steve both shouted, “Sue!” as I started laughing. Oh my, it was good to have my friend here.
“What?” Sue wanted to know. “I’m just being supportive.”
After several stern admonishments, the boys headed off to play a round of golf while Sue and I spent the afternoon getting caught up on California friends, and I filled her in on what was new in the neighborhood back home. All this was interspersed with stabbing pins into an imaginary Phyllis doll and helping support the wine industry.

And next Saturday Cassie throws caution to the wind and confronts Phyllis. I hope you’ll give the Cassie books a try. Here they are in order, but really you can jump in anywhere!

I'm so happy Etta Stark is visiting with me today. As I told it, it may just class up the place. Etta is here to tell us about her third book. I'll turn it over to Etta...

Hello PK! Thanks very much for having me over to your reading room today in order to talk about my book, Lord Westbrook’s Muse. This is my third book and it’s a love story set in Victorian England telling the story of a stuffy Lord of the Manor and a beautiful free-spirited social reformer called Cass. 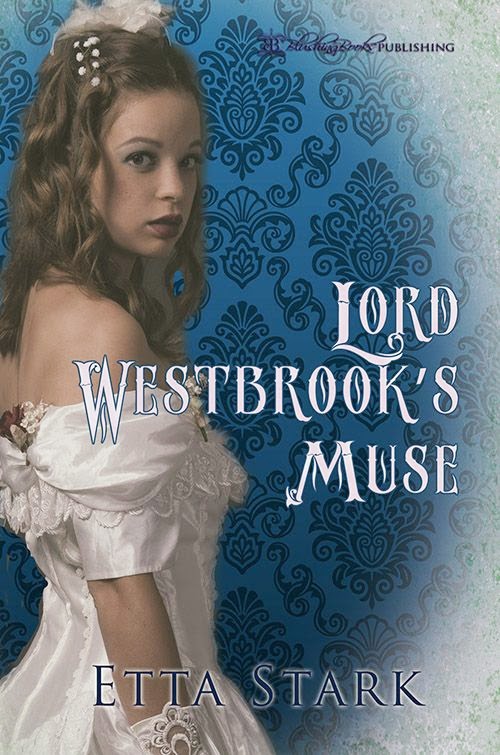 After embarking on a fairly steamy and clandestine love affair, Lord Westbrook and Cass develop stronger feelings for each other than they expected to. But there are secrets and misunderstandings and the social restrictions of nineteenth century England. Believing they want different things, Cass ended the relationship between herself and Lord Westbrook. She then went on to drink far too much and behave badly at a party at Lord Westbrook’s house. This led to her being given a rather severe spanking with a riding crop by the furious Lord Westbrook. It’s now the following morning and he is having doubts about the thrashing he gave her.

Robert had just had the worst night’s sleep of his life. After Cass had gone home, he had spent the rest of the party in a disconnected fog.
She had looked so vulnerable lying across the table as he punished her. At least he had resisted the urge to take advantage of her in her prostrate state. It was bad enough that he had whipped her. Yet, he had wanted more than anything to caress her silky soft skin, to enter her and take pleasure in her inviting folds.
To have done such a thing would have made him an even bigger bastard than he already was. Cass had made it perfectly clear to him that his advances were no longer welcome when she had told him that their relationship was at an end.
Robert hadn’t been sorry to see the rest of his guests go home. He knew that his and Cass’s absence would be the subject of village gossip but he didn’t really care.
Whipping Cass had seemed like the right thing to do at the time, but he knew now that he had only done it because he was so angry with her. He had tried to convince himself that the anger was due to her drunken behaviour at the party but he knew that it wasn’t really. He was angry because she had rejected him. What kind of monster thrashes the living daylights out of a girl just because she no longer wants to sleep with him?
It wasn’t just the regret at his ungentlemanly conduct that had kept Robert awake all night. He had been trying to understand why he had felt so hurt and rejected that Cass had ended their affair. His offer to set her up in a house as his mistress had been presumptuous, he could see that now. But why did he feel so bereft? Why did he have such a jagged and painful sense of loss?
The answer eluded him for most of the night, and yet when it came to him, it was so obvious that he cursed himself his stupidity.
He loved her.

Lord Robert Westbrook’s life of responsibility and social obligations is turned on its head when he meets Cass, a beautiful and idiosyncratic woman at his mother’s garden party. Cass is a staunch supporter of women’s rights as well as an advocate of dress reform, rejecting the restrictive fashions of the nineteenth century.

In fact, Cass’s rebellion isn’t limited to her dress sense. She is also determined to experience the excitement and passion of a sexual liaison. Lord Westbrook, she has decided, is the very man she wants to seduce her. Meanwhile Lord Westbrook has determined that Cass requires some stern discipline.

The couple’s passionate and fiery romance breaks every rule of Victorian decency and kindles a love that neither Cass nor Robert were prepared for. However, when Cass’s secret past finally catches up with her, it seems that the couple’s happiness might be doomed forever.

I love Saturday Spankings! And I love the blog hop too! It's just that I'm hoping to get lucky today. Meanwhile, in Cassie's River Living, I’m still trying to stay close to eight sentences, but I’m splitting it up a little. Cassie and Tom are vacationing at a lodge that encourages everyone to get to know one another by mingling guests as they dine, Cassie and Tom are joined by Phyllis and Burt. Phyllis quickly rubs Cassie the wrong way.

Tom seemed to be amused, but I had her number seconds after they sat down. Phyllis talked of their extensive travels, their fine home, and their money… to the point of vulgarity, as she shared exactly what her dress and shoes cost. I’m sure with the slightest bit of encouragement she would have been happy to share the cost of her undergarments – assuming she was wearing any.

Cassie had soon had enough and is ready to leave as soon as they’ve eaten. Phyllis, annoyed that Cassie is taking Tom away, encourages him to come back and visit if Cassie’s too tired. Unfortunately for Cassie, Tom was ready to do some teasing as they returned to their cabin.

If you’re seriously ready for bed, would you really mind if I went back to visit as little longer?”
I knew he was teasing, but I wasn’t in the mood. I was taking off my shoes and I threw them across the room. “You go visit with her! You can spend the night with her! Marry her for all I care! Why don’t you just go?”
Tom was still amused and paying no attention to my tantrum, other than to egg it on. “Nooo,” he drawled. “I think I’ll just stay in tonight and spank my wife.”

I hope you'll give all the Cassie books a try!

It’s Saturday again and I want to take a minute to thank Mistress Blake for providing a forum for us every Saturday. Not only do we have a place to share our snippets we get to read and increase our own TBR list. (speaking of increasing out TBR list, Donna Steele's latest - The Melting, book two - The Progression, is out and ready!) I also wish to thank her for not hunting me down with scary implements with I go over the eight sentence rule slightly – I really try to follow the rules.
When last we left Cassie, Tom was after her with the dreaded hairbrush. That quick spanking had been for texting Tom when he’d told her to call. After that quick volley and a short reprieve as they ate with Allie and Ryan, there was a more lengthy spanking for taking the boat out alone with a storm coming. As they head to bed, Cassie realizes something that has her reeling.

We headed to bed and I finally relaxed as Tom pulled me close as we snuggled. My warm bottom, pressing against Tom, burned and felt wonderful at the same time. As I drifted off, I was going over the events of the evening in my head. My mind wandered back to Allie and how troubled she looked as she left. ‘Are you going to be all right?’ she had asked. Why had she asked such a thing? And then it hit me. I was wide-awake and the realization sunk in – she knew. She knew! She knew Tom was going to spank me when they left.

Poor Cassie! This isn’t something I could easily explain to an eighteen year old friend. But Cassie is going to have to.


I hope you'll try all the Cassie books

There are plenty more snippets out here today.  Check them all out.
Posted by PK Corey at 5:30 PM 26 comments: