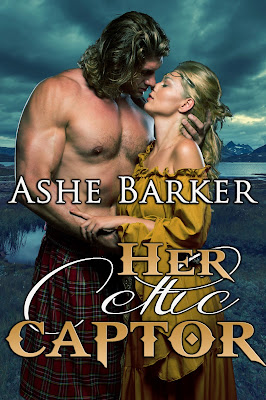 "If you require a demonstration of my power over you I shall be delighted to oblige you.
A few strokes of my belt should do the job."

I'm happy to have Ashe Barker with me here at the Writing Room today. Just reading the excerpts had me tingling.


Blurb:
As the sister of a powerful Viking chief, Brynhild Freysson is used to giving orders and having them obeyed, which makes it all the more difficult to accept when she suddenly finds herself at the mercy of a Celtic warrior intent on bringing her back to his village whether she likes it or not.

Taranc was a leader of his people before he was taken captive by Viking raiders, and now that he is a free man once more he has no intention of allowing a headstrong Norse woman to slow down his journey home with her stubborn disobedience. When Brynhild refuses to do as she is told, he wastes no time in baring her bottom for a thorough switching, and he makes it quite clear that she can expect even more painful and humiliating punishments if she continues to defy him.

Though her hatred of the Celts runs deep, Taranc’s stern dominance awakens desires in Brynhild that she thought she would never feel again, and when he takes her in his arms and claims her properly it is more pleasurable than she would have thought possible. But though her passion for him grows by the day, can she ever truly love a man whose people are enemies of her own?

Publisher’s Note: Her Celtic Captor is a stand-alone sequel to Her Rogue Viking and Her Dark Viking. It includes spankings and sexual scenes. If such material offends you, please don’t buy this book

Taranc bowed politely to Brynhild. "Lady, " he murmured as be bent to wind Njal's line around his pole.
He expected Brynhild to stalk off after her nephew, but she did not. Instead, she remained where she stood, her eyes narrowed in a malevolent glare which remained fixed upon him as he busied himself clearing up his own fishing rod. That task accomplished he attached each of the three landed fish to hooks from Njal's bag in readiness to hang them from his own belt for the journey back to the slave barn. All set to leave himself, he made to pass the still fuming Norsewoman.
"You will excuse me," he murmured.
"Why?"
He glanced at her, surprised. "Because I am leaving."
"I mean, why are you spending time with my nephew. What do you plan to do?"
"Plan? Nothing." Well, nothing that concerns the boy, at least. "He is lonely, and curious. There is no harm in him. And I mean him no ill."
"I do not believe you."
Taranc's slender patience frayed. "And I do not care what you believe. Good night."
She moved fast, he would allow her that much. He barely even saw the slender hand which snaked from within the confines of her cloak to land a resounding slap across his cheek, and certainly he had no opportunity to dodge that first blow. Not so the second. As she drew back her hand to strike him again he grabbed her wrist and squeezed, only relaxing his grip marginally when she let out a startled squeal.
"I shall let the first slap go, since you are a woman and no doubt consider yourself provoked. But you shall not raise your hand to me again, lady, lest you wish to find yourself upended across my lap and spanked. Do I make myself clear on this?"
"How dare you? Let go of me! I shall—"
"Do I make myself clear?" His grip remained firm despite her frantic tugging to be free.
At last, with no other choice if she was to be released, Brynhild gave a sharp nod. "Very well, I shall not slap you."
"Excellent decision. And I shall not spank you. This time. Instead…"
He bent his head, lowered his face to hers. Taranc took in the startled expression, the widening of her kingfisher-blue eyes as his mouth descended to brush across hers. Despite his words of just moments ago he was without doubt inviting another slap and the Viking woman could hardly be blamed for delivering it.
Her mouth was soft under his, her breath warm in the cool evening. She parted her lips as though unable to prevent her artless response and his tongue found the seam of her mouth. She opened fractionally more, and it was enough. He slipped his tongue between her lips and caressed the inner surface of her teeth with the tip.
Her hands were on his shoulders, and she clung to him, her fingers curling into his rough tunic. The sane part of his mind expected a protest, expected her to shive him away, to screech her outrage, to summon her guards but the madness which drove him now ignored all of that.
What am I doing? I don’t even like this haughty, cruel woman.
His cock disagreed. His rampant erection liked her perfectly well and tented his pants in instant recognition of the Norsewoman’s ample charms. He deepened the kiss, tunnelling his fingers through her blonde locks to hold her head still. Brynhild let out a soft moan, followed by a gasp. Now, at last and somewhat belatedly, she stiffened in his arms and sought to be free.
Fuck!
Taranc broke the kiss and released her, his own breath less than steady. Brynhild backed away, her stunned expression one he found he did not entirely care for.
“You… you should not have done that.”
Probably not.
“Why…? I do not understand…”
Neither did he.
“Go! Go Back to the slave barn. Now!”
A decent plan, at last.
Taranc stepped back to execute an exaggerated bow. "Sleep well, Lady Brynhild." 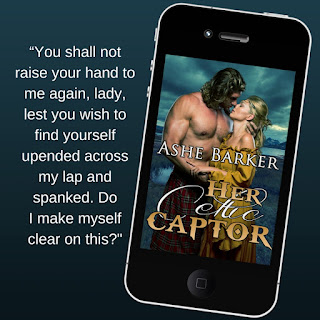 This week certainly flew by! It’s time for Saturday Spankings again. Thank you for coming by for a snippet. I’m trying to give a flavor of the Cassie series for a few weeks and today’s snippet is from the second book, Cassie’s Tale.

Tom is away on business and Cassie has spent a long, lonely sleepless night without him. Although it’s completely against Tom’s rules, she decides to use some over the counter sleep aids – not her best decision.

I felt almost smug as I clutched my little bag of sleep. I didn’t want to take it too early because I wanted to sleep through the night so I found an old movie, opened another bottle of wine and settled in. Around nine I swallowed two pills and poured another glass, assuming the wine would help the pills word. And yes, I do realize now just how foolishly I acted.
An hour later found me still awake and completely annoyed at the pills. I wanted to sleep. Maybe another one would do the trick. Grabbing the bottle, I quickly took another one or maybe two, I can’t remember and washed them down with the last of the wine. I leaned to put the wine glass on the nightstand when must have misjudged the distance and the glass smashed on the edge of the nightstand.
Cursing I reached to pick up one piece and evidently didn’t see one sticking up. I sliced the side of my hand from the little finger all the way past my wrist. It hurt like the dickens, but I didn’t think it needed stitches or anything like that. Although it did seem to be bleeding quite a bit.
Of course, that was then that the sleeping pills truly began to work. 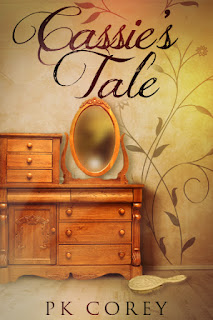 Cassie continues to live life to the fullest, from wheeling around in her new sports car to mastering the art of riding a motor scooter with no hands, she manages to keep Tom on his toes. The fly in the ointment is that Tom’s firm wants him back for a project and Cassie wants him all to herself.  When Tom takes the job, Cassie is left lonely and bored – never a good combination for her.

Left to her own devices Cassie makes some poor decisions, frightening Sue and causing Tom to lower the boom. Tom's new schedule for Cassie, including her getting a job, leaves her little time to get herself in trouble – yet she still manages.