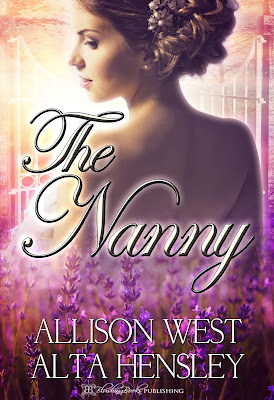 
The discipline
The Nanny…finally, her story.


When street urchin Georgiana Hayes meets a mysterious gentleman who offers her a warm meal and a chance to get warm again, she cannot resist.
The man who has rescued her from the cold is, in fact, Mr. Philip Hartley; the headmaster of the Ashby Chateau – a finishing school, and a place where young ladies can learn to submit and rediscover their inner ‘little’ selves. He is looking for a new nanny, and is quick to offer the position to Georgiana.
Georgiana accepts gratefully, and she instantly becomes The Nanny.
Unfortunately, she soon realizes that she is not really cut out for the role of disciplinarian. If anything, she finds herself beginning to envy the girls under her care, and wishes that she, too, could experience what it would be like to be little; to be cherished, cared for, and loved.
Theodore Elliott, a well-established businessman, is seeking a wife, and has craved the special love and affection of a ‘little’ for as long as he can remember. The moment he sets eyes on Nanny Giana, he knows without a doubt that she is the one he has been searching for. No other little at the school can compare to the dark-haired beauty.
Can Theo convince the headmaster to allow Giana to resign from her position as governess and enroll in the Ashby Chateau as a little? More importantly, is Giana willing to take that step for a man she barely knows but is intrigued by? Can she surrender herself physically, emotionally and sexually in order to become what Theo desires above all else: his little Gia?
From the authors of the best-selling ‘Enrolling Little Etta’, this next book in the Ashby Chateau series also contains elements of age-play, anal play, spanking, and graphic sex. While The Nanny does feature some characters and settings from Enrolling Little Etta, it should be noted that it can be read as a standalone.

"What may I help you with, Headmaster Philip?" she asked.
"Let us go somewhere a little more private." He walked past his office, which she thought peculiar, then led her down the hall and to the right, where another hallway led toward another set of locked double doors. Using his key, he unlocked them and led her inside, closing them behind him snugly. "This is our finishing school, where our ladies, who are prim and proper, are being educated. The Ashby is known for its reputation. I have an office here, as well," he said, opening a door on the left side of the hall.
Giana followed and took a seat as soon as he went inside. "Why are we not in your office, Mr. Hartley? Have I done something to upset little Teresa?"
"No." He shook his head and sat perched on the edge of his oak desk. "I assure you, Giana, that you have been a fine nanny. It is simply that someone, a gentleman, has inquired of your status."
"My status?" she repeated, not sure what he was asking.
"He is inquiring about marriage, and is looking for a little one."
"I am neither betrothed, nor little. Perhaps Teresa or Mollie might be more to his liking?"
Philip clasped his hands together, his shoulders relaxed as he leaned forward. "He has already laid eyes upon the other girls, and it was then that he asked about you."
"Oh, I see." Giana had not expected such news; that a gentleman would be interested in her for marriage. "And this gentleman wants a little?"
"Yes. He would like you to be his little. Trained to become his submissive little wife."
"I do not know," she confessed. "I have never thought of myself as a little. I have also given up the thought of becoming a wife since... well, since becoming a nanny."
"Yes, I realize that, and it does take a certain kind of woman to fulfill that type of desire in a man and find pleasure in doing so, in turn finding her own happiness." He pushed himself off the desk. "I would like you to think about what I am suggesting. I believe that it is in you to be such a woman."

Welcome back to Saturday Spankings and a happy Easter weekend to you. I hope everyone got some time off. As a teacher I have ten full days before I have to go back so I’m filling up my Kindle.
I have another snippet today from Cassie Corralled. Last week we left Tom standing at the door, in his tux – his belt in hand. But he’s leaving the decision up to Cassie. It didn’t take her long to decide.

It felt like the air was tingling around me, I didn’t think I just went around to the far side of the bed, grabbed a pillow and folded myself over the edge. Tom lifted up the delicate robe and folded it over my back and ran his fingers gently over his waiting and willing target.
The first crack of the belt sent me soaring. The pain radiated out, but pleasure danced in its wake. I heard the belt whistle and the mixture of pain and pleasure coursed through me again. Tom used the belt one last time and I was melting into the bed. How can the combination of pain and pleasure be so completely intertwined? Tom rubbed my back as I came to myself, intentionally not touching my bottom. He didn’t want to lessen the flaming feeling he had reignited – he wanted it to go to the party with me. I stood slowly my hands going back on their own until Tom grabbed and stopped them. “Leave it,” he told me quietly. 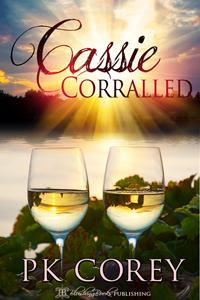 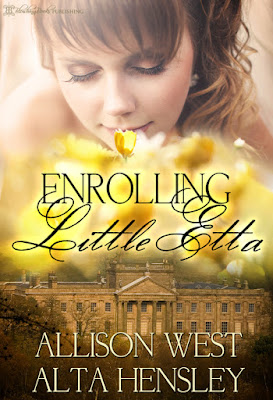 Philip Hartley owns an elite finishing school and a hidden gem that focuses on the sexual submission and complete discipline of young ladies. Behavior, expectations, and beliefs are quite different there. A finishing school to help a woman find that little girl which once was lost. A private school that requires their pupils to surrender their bodies, their minds, and their souls to their betrothed.
When Henrietta Waters’ estranged uncle decides it best for her to attend the Ashby Chateau, and become betrothed to a proper husband, she has no choice but to comply. Especially since the recent death of her father has left her with very little options.
But can Etta fully surrender in ways she has never imagined? Can she allow a nanny to take care of her, fully take care of her every need? Can she submit to discipline and sexual training as the purity of her inner child blends with the fire of her sexual desires? And is it possible for her to truly become the little love that Headmaster Philip Hartley demands?
Publisher’s Note: Enrolling Little Etta is a Victorian erotic romance that focuses on ageplay, anal play, spankings, and graphic sex. If a spicy Victorian is not your cup of tea, then please do not take a sip.

Excerpt:
"I am displeased, Mae." He did not bother to address her by her previous title of nanny. She had been stripped of that responsibility, and would have to earn respect from him once again.
"I am sorry, Headmaster Philip," Mae said, apologetically. "I do not know what came over me."
"I do." His jaw remained tight, his fists at his sides. "You decided to take advantage of my little Etta." He walked toward the desk and opened the top drawer, revealing several disciplinary elements that were used on the girls at the chateau.
"She is a grown woman who consented to what happened," Mae said, excusing her behavior and her actions.
"In our care, she did not have the ability to consent. She is to be treated as a little at all times, and you took advantage of that with my Etta." He'd grown so fond of her in such a short time. "You are to lower your drawers and bare your bottom."
"Excuse me?" Mae's voice trembled.
"You heard me." Philip was not going to let this go without ample punishment. He'd do the same to a little who took advantage of a nanny or papa. No one was above the rules of Ashby.