Getting to know Meredith O'Reilly

Today I have the privilege of having Meredith O'Reilly coming by and answering some questions so that we can get to know her better. I've read her work and I know she's a great writer, but I'm always curious about other things. So I'm being nosy and I hope to have many other come by so I can be nosy about them too. It's just my way of getting to know some one... 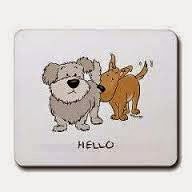 Hi PK! I just wanted to say thank you so much for having me on your blog today!

I’m Meredith O’Reilly…duh. I recently turned 21 years old so, for spanking authors, I’m one of the youngest. I’m currently going to college to become a dental hygienist…I know, it has nothing to do with writing, but I come up with some great spanking stories when I’m sitting in the dental chair being practiced on by one of my classmates. Someday, I do hope to have a family, while being a part time dental hygienist and part time librarian. (Hopefully, I’ll get my masters degree in library science soon after I get my bachelor’s degree.) Of course, I’ll continue to write stories for as long as my people want to read them. J

Back in June of 2013, I discovered the age play genre of books. I read so many of them and was disgusted by what I read because all the stories were non-consenual. So, that’s the summer that I started to write my first book, Little Samantha’s Choice because I wanted there to be at least one consensual age play story out there. One big part about age play is spanking. Once I started writing my story, I discovered my interest for spanking.

No I’m not. Everything that I write, comes from my own imagination.

4. When did you first begin writing spanking stories?

I began writing spanking stories in the summer of 2013, when I started writing my first age play story, Little Samantha’s Choice.

5. When did you first begin publishing? What caused you to jump in at that moment in time?

I finished writing my first story Little Samantha’s Choice, in September of 2013, but I didn’t get the courage to send it in to a publisher until January of 2014. I decided to send my story to Stormy Night Publications in January because I figured, I wrote it, the worst that they could say was no and that would be that…I have to be honest, I never thought that they would say yes, but they accepted it after a month of waiting. So, I got to work with honest to gosh, the friendliest editors to publish my story.

6. Were you spanked as a child? Whether yes or no, do you think this affected your interest?

No I really wasn’t. The only time that I remember being spanked and it was just one smack on my bottom was when I put three quarters in to our computer CD drive. My Dad was not happy with me.
My parents never believed in spanking because they thought that hitting their child was not the way that behavior should be corrected. This definitely affected my view on spanking because I think that all spankings should be between two consenting adults.

Did my upbringing affect my interest in spanking…not really. I have never really been spanked, yet I’m interested in it. Who knows how I would feel on the subject if I had been spanked as a child. Maybe I would hate spankings then?

7. Did you, do you, or might you use spanking with your own children?

No I never will spank my child. I think that spanking a child is wrong. That is my own personal belief, if people chose to spank their own children that is their business. However, I think that children shouldn’t be harmed like that. There are better ways, again in my opinion, of correcting a behavior than spanking a child.

8. With so many wonderful writers here I can get confused as to who writes what. Would you list all the books you’ve published so far. I’m assuming most can be purchased through Amazon and Barnes and Noble, but let us know where else your books are available.

I have written two books so far and they are: Little Samantha’s Choice and Learning to be Little Again. Each book can be bought at Amazon, Barnes and Noble, Blushing Books, Kobo, and AllRomance books website.

Hopefully, I’ll be able to write a third story over winter break and have it published sometime in the spring or early summer…keep your fingers crossed! J

And now a little more detail about Meredith's latest book... 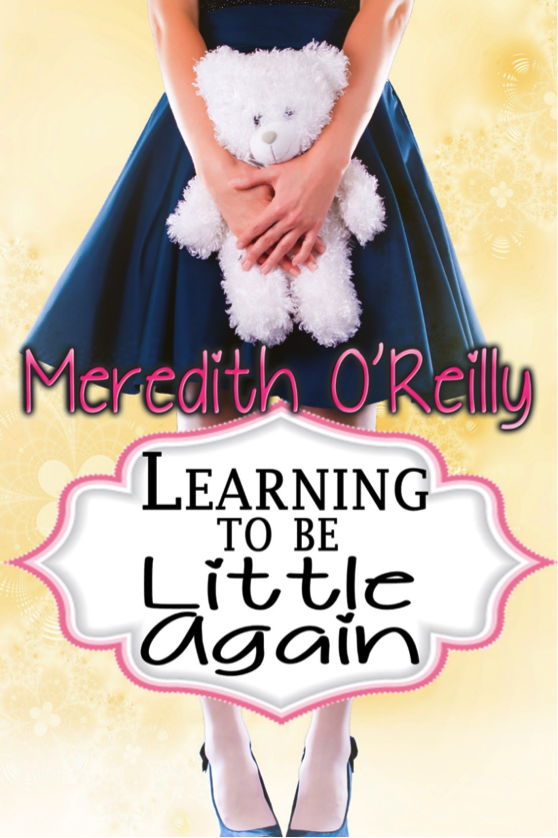 Blurb
Twenty four year old Juliana once loved being a little, until the cruelty of the man she had called daddy broke her heart and she decided to never be little again. But when she fails to take care of herself and becomes ill, a worried friend brings her to Dr. Robert O’Connor, claiming that he will understand what she needs. Juliana is embarrassed and nervous, but to her surprise, Robert gives her a teddy bear and tells her a fairy tale to help her relax. Though the exam is intimate and thorough, Juliana feels safe the whole time and hopes afterwards that she’ll see more of the handsome doctor.

From the moment Robert heard about Juliana’s past, he wanted nothing more than to take away her pain and make sure she never has to worry about anyone hurting her again. He is thrilled when he asks her out and she shyly agrees. Though Juliana claims she doesn’t want to be a little anymore, he longs to prove to her that age play with him is nothing to fear. Robert is a patient man, and before long Juliana is calling him “daddy”, playing with her dolls, and coloring. He delights in taking care of her every need, dressing her in footie pajamas, and brushing her hair. Even when Juliana is disobedient and Robert has to put his baby girl over his knee and spank her bare bottom, it is always followed by plenty of loving hugs and cuddles.

Soon Juliana is eating more and sleeping better, and feels healthier than she has in a long time. But when the man who once abused her skips bail and threatens to hurt her if she continues to see her new daddy, she becomes terrified. Will she ever be free to relax in her daddy’s arms, knowing he will keep his little girl safe from everything and love her no matter what?

Snippet (Juliana is getting a spanking for not listening to Robert when he says that she needs to take a nap.)

“Julianna,” Robert warned and pointed to his lap.
I sighed, knowing there was no use fighting him. If he said I was going to get a spanking, then I was going to—no ifs, ands, or buts about it. I laid myself over his lap, and thankfully he got right down to business.
Smack! “You. Will. Listen. To. Me.”
The spanks were rapid and hard and were undoubtedly leaving large red spots on my behind. I bit my lip so I wouldn’t cry. I have guests.
Smack! “You will take your nap.”
As much as I tried to hold it in, I couldn’t contain the tears that slid down my face. I hated being spanked, and I especially hated being spanked while knowing I had guests in the house who could probably hear everything that was going on.
Smack! “You will—not—stomp your foot at me.”
I couldn’t help the sob that escaped my lips. Those last few spanks hurt the most! I vowed then and there I would not stomp my foot at him if this was the reaction it got. As I silently sobbed, he rubbed his hand over my butt, increasing my embarrassment.

Author Bio
Meredith O’Reilly is a rather new author. She still can’t believe that she has had two stories published. As of right now, she is currently only writing age play stories, however she is trying to branch out and find another genre of stories to write for.

In her spare time, Meredith goes to school, watches a little too much Netflix, and experiments with learning how to cook new things in the kitchen. Mostly she tries to balance her life between school work and author work. That’s a task that is easier said than done, most times.

*The Blushing link was suppose to go up on Wednesday the 26th, but I haven’t seen it. I’ll send it over to you, if I do see it.*

Thank you for having me over PK! J
much for coming over and letting us get to know you better!