Getting to know Renee Rose

Renee, thank you so much for allowing me to interview you.

I'm so happy to have Renee Rose here today. When I first 'found' spanking fiction, hers was one of the first names I learned. I've read many of her books and I've enjoyed everyone. I love getting to know more about her. I hope you'll enjoy getting to know… 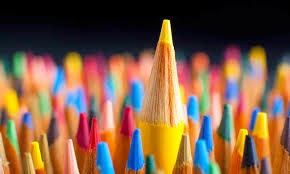 
1. Give us your basic bio, what ever you’re willing to let us know.

I am a Feldenkrais Practitioner and choreographer/dance instructor in addition to writing full time and serving on the PTA board at my children's school.

I know I was already interested by age three or four. I had some dolls that got themselves into quite a lot of trouble and required bare-bottomed discipline. :)

4. Were you spanked as a child? Whether yes or no, do you think this affected your interest?

Nope. I don't think it would have affected my interest, because I know lots of spankos who were and weren't spanked and there doesn't seem to be any correlation.

5. Did you, do you, or might you use spanking with your own children?

Never. I believe spanking is for adults only. :)

6. When did you first begin writing spanking stories?

I wrote my first spanking story (Betrothed) in spring of 2012.  I had discovered domestic discipline on the internet, and then I stumbled across Blushing Books. I'd been in the process of writing my first romance novel (a 100K medieval that I still haven't finished!) and I immediately scrapped it and wrote Betrothed in 6 days.  I always say the universe was working in my favor, telling me I was on the right path, because the book was literally published just a few weeks later and was one of my best sellers.  That doesn't mean the rest was all easy, because I've written a lot of books since that weren't big hits, but it was a powerful affirmation at the time to stay the course. :)

7. How comfortable are you with people in your real life knowing that you write spanking fiction? Does everyone know, a select few, or do you try to keep it private?

8. Some people don’t like to be labeled in only one area, but do you feel your writing is in a particular category?

I imagine I'll try every genre before I’m finished. :) I write a lot of historical, because I think it's a natural fit for domestic discipline. I tend to go more smexy with the contemporary ones mainly because my feminism collides with any notion of a man having an actual right to discipline unless the woman asks for it (which isn't nearly so hot as non-consensual spanking!)

9. Do you think you might someday like to branch out and write something totally different (or do you), either within the spanking fiction world or something else completely?

Right now I'm exploring my first age play. I was pretty squeamish about age play at first, but once I read some I realized I am totally turned on by the daddy dom thing. The elements of infantilism don't rock my boat, but I totally get the little girl/daddy dynamic.

I'm also just finishing edits on my first children's (middle-grade) novel, which is a fun new direction for me. Since children's books haven't yet exploded into the ebook market the way romance novels have, I will need to go the traditional route of finding an agent and selling it to one of the big five publishers.  I know I'm going to have to up my game to play with the big boys, so I'm trying to absorb as much as I can to get up to speed.

10. How attached do you get to your characters? Do you know what happens after the book ends?

I get super attached to my characters and I almost always have "deleted scenes" in my head that didn't make it into the book.

Arg, definitely not today, I can tell you that!  LOL.  I don't know. At the moment I'm feeling cooped up after the holiday with the kids home for two weeks, so I think I'd say solid blocks of writing time broken up with getting out of the house. But normally I would say I'd want to be able to write the entire day straight.

12. When did you first begin publishing? What caused you to jump in at that moment in time?

I only published because I discovered the existence of spanking fiction.  Otherwise, I'd probably still be plugging away on that first romance novel. I'm so grateful I discovered a good use for my spanko fantasies... :)

13. With so many wonderful writers here I can get confused as to who writes what. Would you list all the books you’ve published so far. I’m assuming your books can be purchased through Amazon and Barnes and Noble, but let us know where else they are available.

My books are available on Amazon, B&N, Blushing and as audiobooks on Audible or iTunes

Coming this month: Mob Mistress and Masters of the Castle: Punishing Portia

Mob MistressWhen hair stylist Lexi Tyler finds herself evicted from her apartment, her best friend sets her up with the mobster Bobby Manghini, knowing he likes to play sugar daddy. He offers her a luxury apartment overlooking the city and spending cash every time he sees her, but one thing is clear: he is the bossman. Lexi soon discovers Bobby backs up his rules with firm, over the knee discipline, but he also takes responsibility for all her problems, giving her more support than she ever dreamed of having from a man. Mobster Bobby Manghini likes to be the man in control, particularly with women, which is why he prefers a mistress for sex, even though he’s no longer married. When he strikes a deal with Lexi to be at his beck and call, he finds in her the full package--a hot, intelligent woman who is turned on by his dominance and willing to submit to his punishment. But when she finds out he doesn’t have a wife, she is hurt by the deception and severs all ties.He must prove to her their relationship meant more than a business arrangement or he will lose the one woman willing to give him everything he ever desired.

Contemporary: The Professor's Girl, The Bossman, Safe in his Arms, Saved, Coming to Terms, Milestones, The Elusive "O"

Western: The Devil of Whiskey Row, The Outlaw's Bride

Paranormal: Deathless Love, Deathless Discipline, The Winter Storm: An Ever After Chronicle


Renee I really enjoyed reading your answer and I'll be looking forward to your middle-grade novel. I've read so many I've become a real fan of that genre. You are a multi-talented woman! Thanks again.