Taken
by Felicity Brandon
Series: The Dark Necessities – Book One 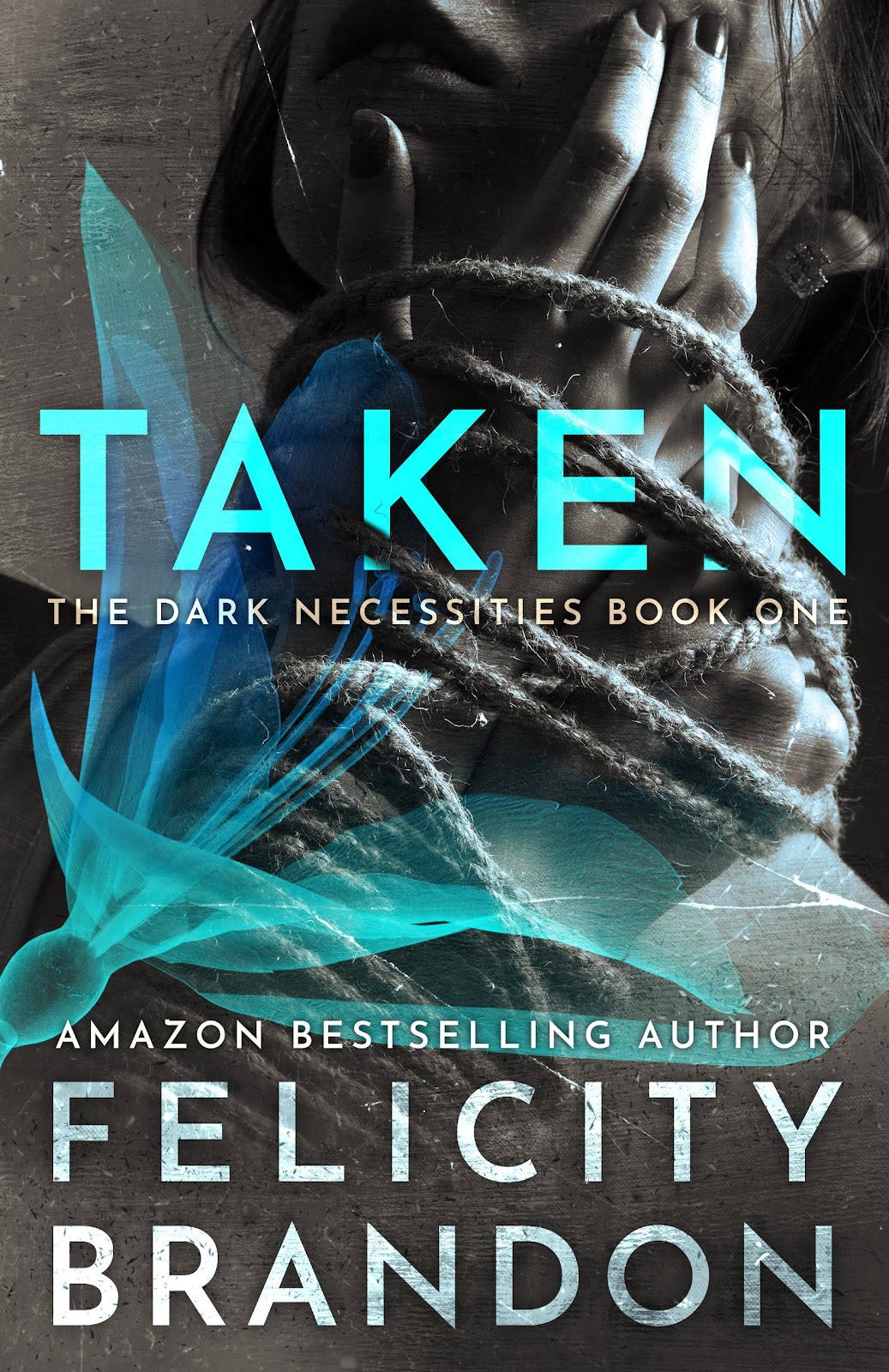 One obsessed fan. One captive author.

I'm happy to have Felicity Brandon visiting with her latest today. I haven't read this one, but I know it will be a favorite for many.

One obsessed fan. One captive author.

Lost on the streets of a foreign city, Molly Clary is attacked after a book signing. An unknown hero steps in to protect her, but her relief turns to terror when her savior’s true intentions are revealed.

Connor Reilly doesn’t just want to save her. He wants to take her for himself.

Now Molly’s fighting, not just for her life, but for the essence of who she truly is. If she’s going to survive in Connor’s dark new world, she’ll have to learn to play his base games. But if Molly plays, what will it cost her? Can a monster ever really learn to love, or will his need to dominate destroy them both?
If you enjoyed the debauched desire of the Twist Me series, then you’ll devour Felicity Brandon’s edgy new trilogy.

Taken is an edgy, fast-paced, dark romance and is the first book in The Dark Necessities trilogy. Molly and Connor’s story continues in Tamed, and concludes in Entwined.

“Molly…” His tone had taken on a rather taunting quality, and he smiled as she jumped, understanding the meaning reflexively. “Don’t keep me waiting, little girl,” he told her. “Waiting makes me angry, and you won’t like me when I’m angry.”

“What are you?” he demanded again. “Why are you kept leashed and why do you drink from a bowl?”
Molly gulped, her face blanching as his meaning became clearer. Connor’s hand had stopped spanking her since its contact with her wet seam, and as he waited for her reply, his digits were tantalizingly close to her pussy. His gaze never left her though, and all the while, his stare penetrated her face as he pushed her to admit her new-found status.
“I’m your pet, Sir,” she mumbled at length, and as she admitted the words out loud, her voice broke with her humiliation.
“Tell me again,” he insisted, and this time he allowed just one finger to brush against her labia.
She gasped, but her body shuddered, and her hips began to move again, as though they were acting on some type of reflex. “I’m your pet, Sir,” she conceded, her voice louder this time.
Connor rewarded her with one finger, which he slipped effortlessly into her tight channel. Molly moaned gratefully in response, her eyes still blinking away tears as she made eye contact with her captor.
“Do you understand who’s in charge now?” he questioned her, pressing his advantage.
Her head nodded against the bedding beside him as a second digit joined his first inside her pussy. “Yes, yes, Sir,” she gasped as he began to ease out, and then back inside her. Her cheeks had a blazing red hue by now, and he knew the spanking must have hurt, but unbelievably, his pet was wetter than ever. It seemed to Connor that she was caught somewhere between agony and ecstasy.
“Who?” he growled, fingering her slowly as he assessed her responses.
She panted as she replied, her legs splayed naturally to accommodate his intrusion. “You, Sir,” she whispered. “You are in charge.”

The Dark Necessities trilogy continues in the twisted pages of Tamed, released in December, 2018, and concludes in the heart-stopping finale, Entwined (due January 2019).
***

Felicity Brandon is a top 100 Amazon bestselling author.
She loves the darker side of romance, and writes sexy, suspenseful stories, with strong themes of bondage and submission.
You’ll find her either at her laptop, at the gym, or rocking out to her favourite music. 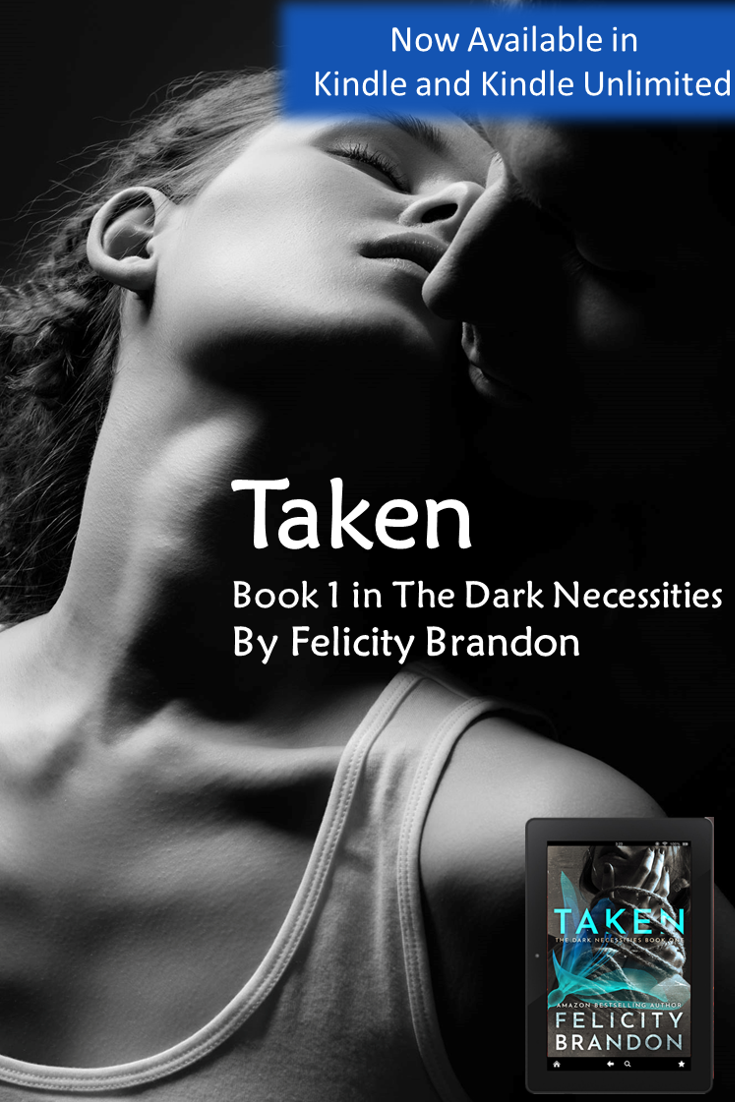 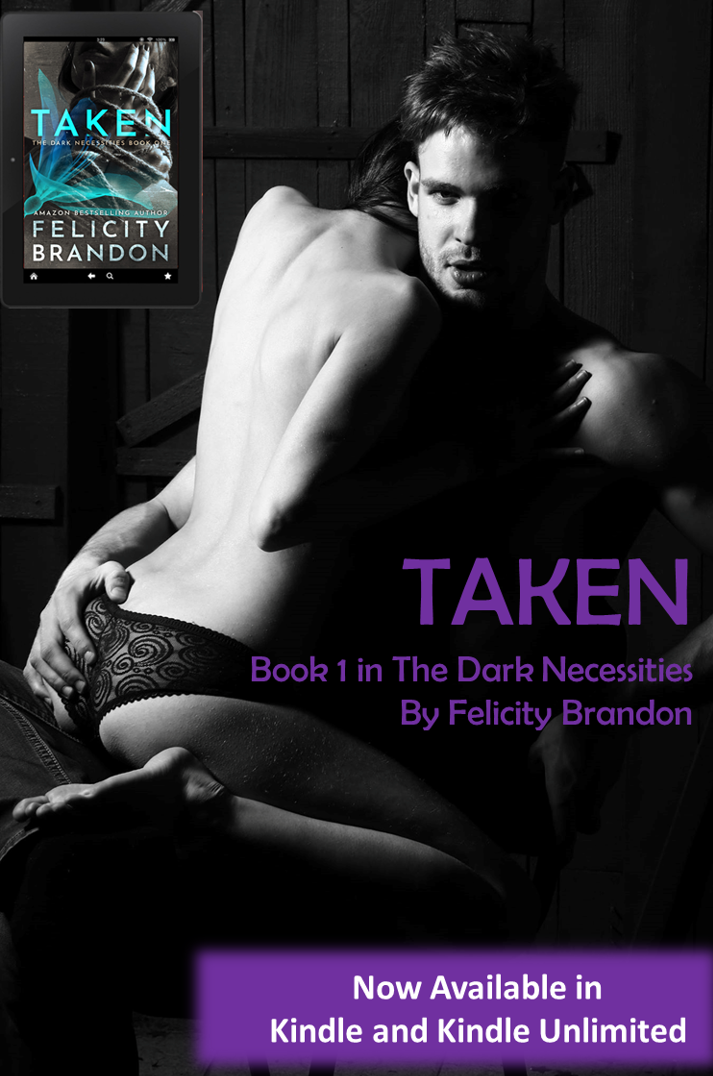