It’s almost here! I’m using today’s Saturday Spanking to show off the beautiful cover of my new release! On the River, a Cassie’s family story, is scheduled to be out on January 8th. I'll put the link up as soon as I have it. 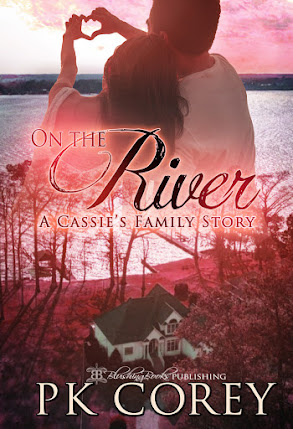 This new series brings back Cassie and all her friends and family – in today’s snippet we’re peeking in on Cal and Jenny.

He put his hands over hers and held them briefly against him. He kissed her neck and nuzzled her ear, before pulling off her T-shirt. "A new bra?" he asked, eyeing the dark purple lacy garment.

"Maybe," she answered noncommittally.
"And do you have new panties to match?"
"You'll have to find that out on your own," she said sweetly.

Cal lost no time in removing her shorts, giving a soft moan as he saw the tiny matching triangle covering nearly nothing. Matching lingerie had always been something he'd fantasized about as far back as he could remember. Jenny used that knowledge to her full advantage.

She let Cal's eyes linger a moment before saying, "We can't just leave our clothes lying around on the floor. People will think we're slobs." Turning her back to him, she bent over, giving him the full benefit of the thong she was wearing. Picking up the clothes, she walked to the chair and dropped them on the seat.

Cal stared in adoration, still scarcely able to believe that this incredibly sexy woman was his wife. Her dark hair brushed just past her shoulders and her deep blue eyes were sparkling with anticipation as he reached around and unhooked the sexy bra with one hand.

"You're so good at that," she whispered.
"Incentive," he whispered back.
He tossed the bra onto the chair before cupping both breasts. The shape, the size, the dusty rose color of her nipples were perfect. Cal was drawn to them and bent to kiss one nipple while gently rolling the other between his fingers. He loved feeling them harden at his touch.

Straightening up, he took Jenny's hand and led her gently to the bed. He sat on the edge and pulled her across his lap. "A spanking? Really?" Jenny questioned with a laugh.

"You can't think for one minute that I can see you in this beautiful thong and not spank your gorgeous butt, can you?" he asked.

"You'd spank me if I had on burlap drawers!"

"True, because I always have an amazing picture in my mind of your ass and there isn't a second I don't want my hands on it." 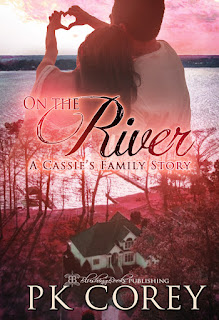 Come and join the ride! You’ll definitely feel like you’re a part of this group.