Saturday Spankings - Allie strikes back ... at the wrong target 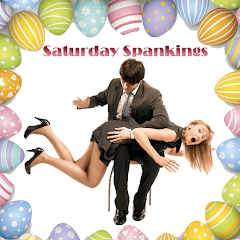 Welcome to Saturday spankings. I’ve enjoyed posting snippets from my latest book, On the River. I’ve just finished book two in this series and after one more edit, I’ll be sending it in. If you read and enjoyed On the River, I suggest you try “Searching for Home.” This is the forth in the Cal’s law series. I had originally planned on this being the first in the On the River series. But it worked well in the Cal’s Law series too.

Allie was accosted by one of her clients. She got away and came home – angry with herself for running instead of coming back at him with both barrels. She cleans her house trying to work off her anger when this happens.

She finished in the kitchen and was heading into the bedroom when she suddenly felt a hand squeeze her ass and another snake around to caress her breast.

The bastard had followed her! He’d come into her own home! The utter fury she’d felt since that morning seemed to surge into Allie’s right arm and she rounded on him. “You son-of-a-bitch! I’ll kick your ass!” she shouted, as her fist plowed into his face so hard he went down. With her right leg raised for a well-aimed kick, she heard Ryan shout, “Stop, stop! It’s me!”

“What’s happening?” came a shout from the other end of the house. With adrenalin still surging, Allie tried to refocus. She knelt down next to her husband helping him sit up. He had his hands pressed to his face as he let out a loud ‘Owww…’

Allie heard someone shout, “What’s going on? Who’s here?” Then another shout, “Allie, are you okay?”

She looked up to see Cassie and Sue charging down the hall. Cassie was in the lead, but it was Sue who was holding Allie’s cast iron frying pan above her head.

“What happened? Is he still here?” Cassie was demanding, shouting above the music.

“Stop!” shouted Ryan above the din. “Allie, turn off the damn music,” he commanded, and she hurried to comply.

She came back quickly and knelt beside Ryan as silence filled the house.

“What happened?” Cassie asked for the third time. “Did someone break in? They’re not still here, are they?”

Ryan got to his feet. “Sue, will you put that damn thing down before you kill somebody?”

Sue lowered the frying pan, but still looked around warily.

“I guess I should be glad Allie wasn’t holding it,” Ryan said.

Allie gently pulled his arm down from his face so she could see the damage. It was bad. His eye was swelling fast and she could see the angry-looking red skin that would eventually develop into a serious black eye.

“You did this?” Cassie asked Allie, in a stunned voice.