Daryl Devore’ - From Despair to Ecstasy

From Despair to Ecstasy 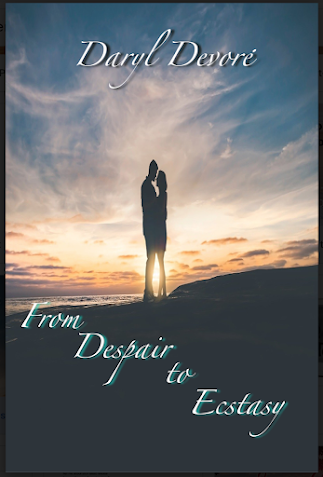 Daryl Devore’s  From Despair to Ecstasy - Guilt consumes rock star, Darien Scott, when he fails to save Erika Bailey's beloved drag queen club. Can her love pull him back from the edge?

Concerned for his fiancée’s safety, rock star Darien Scott races to Bangkok to protect Erika Bailey, only to discover his brother is missing. Fearing the worst, he contacts his nemesis, Gan, and makes a repulsive deal that will free his brother and protect Erika’s club, The Pink Flamingo. Or so he thinks. When a python and Gan are involved, things go sour, and Darien sinks into a deep depression.

Erika is disheartened by the betrayal of her parents. Her father's destruction of her club and the humiliation of her mother’s drunken behavior have her feeling down, but those are the least of her worries. She has a wedding to plan, but won’t. Having been betrayed too often, she’s scared to trust Darien.

How can Erika prove to herself and Darien that she loves and trusts him? Simple. All she has to do is jump out of a plane.

Sweat streamed off Darien’s brow. Some dripped into his eyes. It stung. His heart throbbed against his ribs. Fire inched down his throat. Every muscle in his body ached. His head pounded from the pandemonium. The explosions. The screams. The pain threatening to split his skull. Dropping his head back, he closed his eyes. His chest heaved as he gulped air. He needed a moment. Get some strength back.

He inhaled and released a long breath.

They wanted him. He had to continue. To perform. Like a trained monkey. Do people even do that anymore? Train monkeys? He peeled his eyes open. The glare of the overhead lights blazed down at him. He lifted his head. The screams grew louder.

But what if I don’t have any more? What if I just can’t continue? Twelve weeks. Four shows a week. I’m beat.

The roar from eighty thousand Parisians was tumultuous. Fans yelled at the top of their lungs. They pounded their feet on the floor, raising their hands in the air, clapping. Glow sticks, cell phones, and lighters swayed like flowers in a breeze.

He grinned. Eighty thousand Parisians and one fiancée. He glanced to his left. Seated on the top stage step was Erika. She’d arrived minutes before the show started. Just enough time for a passionate, but quick, hello kiss. He needed more. He needed her, and he knew it. She smiled at him. He loved that smile. He could stare at it all day. The way her soft lips curved up. A hint of sassiness in her expression.

Just finish the show. Grab Erika and run. Dodge the fans. And get out of here.

He looked out over the crowd. “But what if I’m too tired to continue?”

He grinned. “Well, maybe I could go on if you told me you loved me.”

The cacophony of sounds was deafening. “Je t’aime. Love you.”

He lifted his hands. “Do you love me?”

He ripped his black t-shirt over his head and threw it into the fans. “Do. You. Love. Me?” He yelled out as he glanced at Erika.

She jumped up and down, screaming with the crowd.

The building shook with the fans’ frenzy.

Fireworks exploded. Lasers shot around the stadium. Cass, the drummer, crashed the symbols as Darien spun, posed, inhaled a deep breath, then opened his mouth to sing. 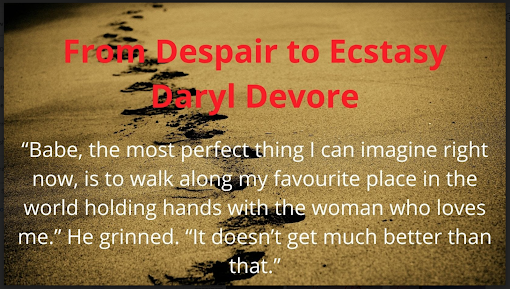