Saturday Spanking - What not to say

Another Saturday has rolled ‘round – welcome to Saturday Spankings! I expect my latest, Searching for Home, fourth in the Cal’s Law series to be available by this Friday. And I’ll have the link up as soon as it’s live. If you’ve read any of the Cal’s Law books you know that Cal's young and impetuous wife, Jenny, is liable to say anything and any time.
In today’s snippet we see that Jenny can get herself in trouble under even the best of circumstances!

Jenny increased the suction, taking time to run her tongue around the head. She could tell when he was nearly at his limit to hold on and she released him to quickly climb on top. Taking full control, she impaled herself on his shaft and pulling up, she repeated the action.
Cal pulled her tightly against him as he rolled them both over. Jenny gasped as he pounded into her again and again. She began arching and straining, eager to capture every bit of him.
Jenny felt the orgasm shooting through her body moments before Cal shuddered with his own release and they clung to one another. Slowly Cal pulled out, keeping Jenny in his embrace. They lay together, recovering. No words had been spoken during the entire encounter.
Quietly, into the darkness Jenny whispered, “Cal, is that you?” 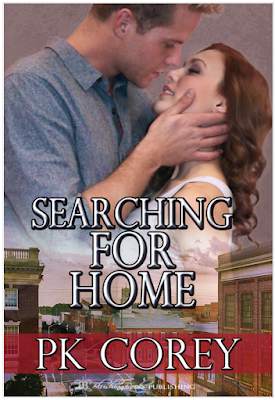 As I said, this is a stand-alone book, but if you'd like to get to know these people better, you can start here:

Paperbacks can be found here.