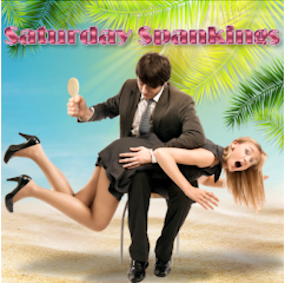 “I do have one question for you. Did Bob make an appearance Saturday after we talked?”

“He did not!” Jenny told him indignantly. “After we talked I went to bed all alone!”

“Good girl!” Cal told her. He popped her naked butt. After a brief pause, he asked, “Wait, what about Sunday night?”

Jenny dropped her eyes and snuggled close to Cal so as not to be looking at him directly. “What do you mean? What about Sunday night?”

“Well, yeah, sorta. I mean it was kind of an accident,” she hedged.

“You mean he just leaped from the drawer, the cord fell into the wall socket and then he attacked you? I hate when that happens,” Cal replied sarcastically.

“Well it’s your fault,” Jenny accused. “You shouldn’t leave me alone. I have needs you know.”

“Needs, huh? Well I’ve got them too,” he said scooping her up and laying her across his lap. “My need is to be the one responsible for all your orgasms.”

Cal saw that Jenny was smiling to herself. He knew this was her favorite kind of spanking. He was aware that she knew he wasn’t mad. He just loved to spank her and they both enjoyed it more when he had a ‘reason’ serious or not.

Cal began peppering her cheeks with medium swats and she wiggled and squirmed against him in a most sensual way.

“I think your Battery Operated Boyfriend needs to move out. I won’t have him continuously coming on to my wife.”

“You mean only when my back is turned. Did he get you to come?” Cal asked.

“Well, yeah. I mean, it’s Bob, for goodness’ sake. We’ve been together for a long time!” Jenny whined as Cal continued to spank.

*Should you want to read my thoughts on 9-11, you're welcome to come by New Beginnings