Saturday Spankings - A place to think

Welcome back to Saturday Spankings. As I wait for the next Cassie book to be out in March, I’m putting up snippets from Returning to Us, my contribution to the Corbin’s Bend Series. Hal and Susan are trying to revive the spark and the closeness they had at the beginning of their marriage. Hal is optimistic while Susan is more of a realist. But deep down they both want the same thing.

When Susan saw all the old implements Hal had displayed her mind had gone back to one of the first time he’d ever spanked her shortly after they’d married. But the decision she had to make needed to be made now.

Susan brought her mind back to the present. That had been so long ago. They had been kids with little education, no money, nothing but a deep love for each other. Now they were middle-aged, they had college degrees, careers, they were affluent, they were parents, grandparents… how could they go back to this?

This lifestyle had come up several times over the years, mostly at Susan’s request. Hal would seem willing enough, but only for a week or two, then it would die out again. Susan had dreamed of it for so many years. It never lasted. Now, the memory brought tears to her eyes and she remembered the love and passion that had followed that night so very many years ago.

Hal touched her shoulder and she turned to him. “Oh, Hal we’re not kids anymore. We stopped this a long time ago.”

“That was my fault. Even when you’d ask about it, I didn’t do it. I let you down when we stopped.” Hal paused, he took Susan’s face in his hands before continuing. “I want you and I want our marriage. Are you willing to give it a try? Will you give me a chance to make it up to you? Will you give me, us, one more chance? Will you at least think about it?”

Susan stared at Hal. How long had it been since they had looked into each other’s eyes for more than a second? Could this possibly work? Could she handle all that it implied? She didn’t know, but she knew that whatever she decided could change their lives. Taking a deep breath Susan said quietly,

“Hal, this is a big decision. I wish I had somewhere quiet to think.”

Hal understood at once. “I’ve got the perfect place,” he said and led her to the corner. 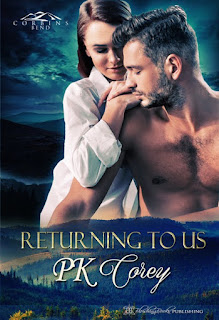 In the beginning they’d been so close, so passionate. Practicing domestic discipline had been a wonderful part of their lives - sometimes. But over the years it had all drifted away, even when Susan asked for what she needed. He would occasionally give her a mild, sexy spanking, but the real discipline she craved was a thing of the past.