For the curious - Question for Tom 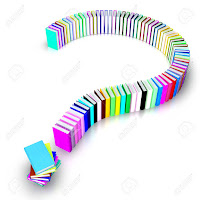 Today we hear from Tom. I love hearing how people feel about Tom – I get two different responses from my readers, some love him, some hate him. Personally, I love him. When I showed one friend, one that dislikes Tom, the image I have of him, she said she never pictured him that young or that handsome. I already knew what a hunk he was. Here’s what I think he looks like and here’s are a few of the questions readers asked him.

For Tom: How did you come to the decision to Spank Cassie in the first place?

I suppose it goes back to my parents. They were the closest, most 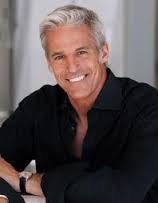 loving couple I’ve ever known. When I was fourteen, I heard my father spanking my mother. I was devastated. I felt I should have stopped it and saved my mother, but I did nothing. My father realized what had happened. He explained his ideas about the husband as the head of a family and about protecting the woman you love. My head understood, but the idea of my lovely mother being hurt haunted me. She soon took me aside for a talk. She told me that the spanking I’d over heard was nothing to worry about. She told me she felt protected, cared for and more than anything else, loved. She wanted nothing about my father to change including the spanking in their marriage.

Domestic discipline worked for them and they were my first and best role models. I dated many women, I rarely though of spanking any of them. I even dated Janet decades ago. I would never have spanked her, vulgar as she was, because I simply didn’t care. I only wanted away from her. But with Cassie I loved her from the moment I saw her, I would have done anything for her and that included taking control so she would survive. Spanking seemed a natural extension of that control. It seems to have worked for us.
Have you ever been married before?

I have never been married before. I can’t even imagine it. Although I dated, marriage was not on my radar. My parents married late in life and I suppose I felt marriage for me was ten years or more down the road when I first saw Cassie. We married after only dating about six weeks and I’ve never looked at another woman since.

Did you ever love another woman before you met Cassie?

Tom has lots more to say. I'll give him another turn in a few weeks.

If you have any questions, for the character in either of the series, Cassie's Space or Cal's Law or me, for that matter, you can leave them in the comments or email me at pk.corey@yahoo.com  And please come back next Wednesday for more questions and answers.