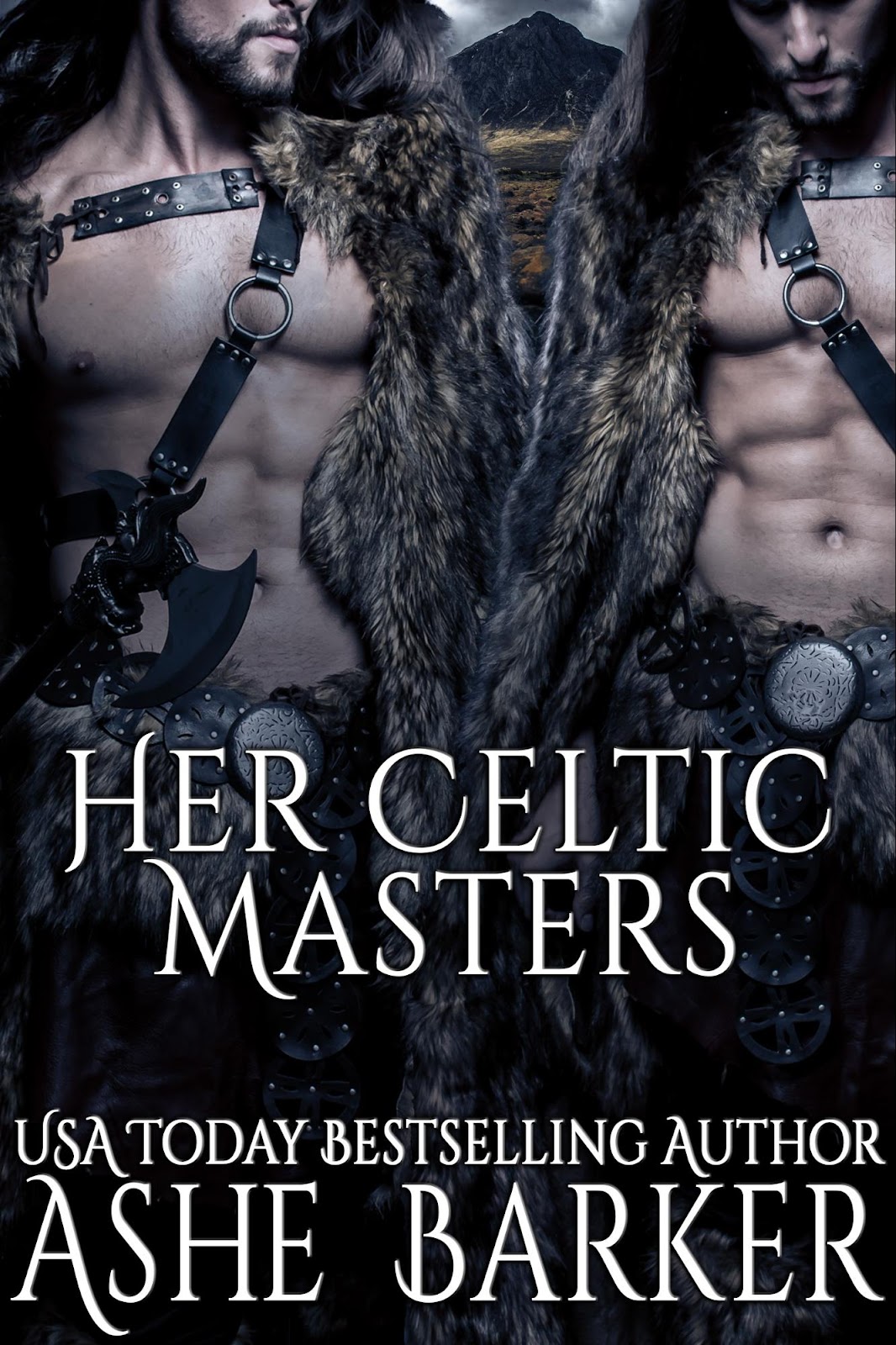 I'm so happy to have Ashe Barker with me today. Now these are men she's talking about here!

Two fierce Celtic Warriors with a thirst for vengeance, and the proud Viking lady with the strength to submit.

Left penniless and without a home by a sudden, tragic turn of events, twenty-year-old Kristin Lofnsdottir plans to start a new life as a seafaring trader. If she is going to have any chance at surviving, however, let alone succeeding, she'll need money and capable men to protect her. A partnership with a pair of Celts offers both, but Kristin quickly realizes that the arrangement will mean sharing much more than just her profits. The two stern, handsome brothers intend to make her theirs, demanding obedience, punishing defiance, and mastering her beautiful body together.

Though Nyle and Bowdyn have been given plenty of reason to hate Vikings over the years, conquering the feisty, headstrong Kristin proves even more satisfying than they had anticipated. As they claim her ever more thoroughly and shamefully, her need for them only grows more intense, but can they be firm enough to tame her recklessness before it puts them all in danger?

Publisher's Note: Her Celtic Masters is a stand-alone sequel to Conquered by the Viking. It includes spankings and sexual scenes. If such material offends you, please don't buy this book.

Ripped from their home in a brutal Viking raid, their family murdered before their eyes, Nyle and Bowdyn, sons of Connell of Cynwrig have every reason to loathe their cruel captors. Miraculously, they both survive their ordeal at the hands of the vicious Norsemen who enslave them, to be reunited as free men.

Recently widowed and fiercely independent, Kristin Lofnsdottir is determined to forge her own path in a world ruled by men. Confused and dismayed by her attraction to the handsome but enigmatic Celtic warriors, when they make her an outrageous offer, she can’t refuse them.

Nyle and Bowdyn swear to protect their Viking lady and she adores her Celtic masters. Together they prosper and start to rebuild their shattered lives. But the wrongs of the past must be avenged. Will the burning need for vengeance destroy their fragile happiness and that of those around them?

“What happened?”
Bowdyn related the story. Nyle listened in silence.
“And the second time you met her?” Nyle took a few sips of the water left close at hand then settled in to hear the rest of the tale.
“It was when we went to Ravnsklif on our search for you. I spotted her in the crowd as Mathios spoke. She is fairly distinctive, as you have yourself observed. I knew it was her, that I was not mistaken. I was angry, she deserved to be punished for what she did. So, I followed her.” Bowdyn paused, dragged his hands though his hair. “I do not know what I intended, just that I wanted to confront her again, face to face, demand some explanation for why she behaved as she did after I went to the trouble of saving her from tumbling into the water.”
“And, you found her?”
“I did. It was in a warehouse. She claimed it to be her husband’s storeroom but at the time I did not believe her. I am not convinced, even now, that she had reason to be there, but that is of no consequence. She did not deny what she had done, and… I spanked her.”
“You spanked her? Properly?”
“Aye. Properly. Thirty slaps on her bare arse.”
“How did she take it?”
“Well enough, eventually. She screeched a fair bit at first.”
“I imagine she did.”
“But after… she was contrite, and I forgave her.”
“So all was well between you?”
“Yes. Then, I kissed her.”
“God’s holy bones, you wasted no time.”
“She slapped my face.”
Nyle choked on a laugh. “I only considered kissing her and she walloped me senseless. I believe you escaped lightly, brother.”
Bowdyn stroked his jaw, recalling the sting of her slap. “It did not seem so at the time, but I suppose she had the right. She was a married woman then, apparently.”
“She is a widow now.”
“And a Viking. It was a moment of madness, that is all, occasioned by the spanking, her beautiful round buttocks reddened by my hand. What man would not have been tempted?”
What man indeed? Nyle could only nod his agreement. “And now?”
“What about now?”
“You and Kristin?”
“There is no me and Kristin. For fuck’s sake, even if she had not slapped my face, how could there be? She might have killed you, and all for a few bits of silver.”
“My head is harder than it looks. And I have no real quarrel with self-interest. Any of us might have done the same in her position. Whatever the means, I am glad to be here, so I have much to thank Kristin for. I must tell her so when next I have an opportunity.”
“I would not recommend it, brother. Take it from one who has reason to know, our Nordic beauty has a tongue like a dagger, a heart of pure granite, and a mean right hand.”
Nyle shook his head. “I am sure she is perfectly agreeable, once you get to know her.” 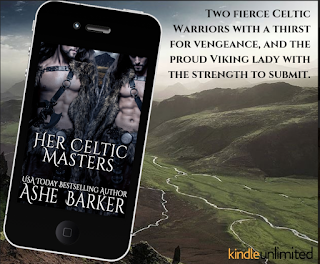