Libby Campbell - His Land, His Law


His Land, His Law 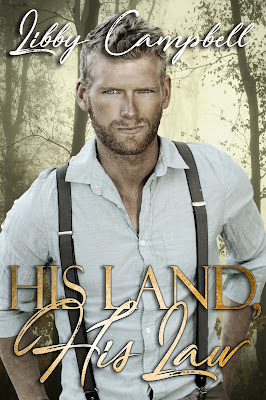 Luke is used to being the boss. Cara answers to no one.
Can they reach a détente?

I'm happy to once again have Libby Campbell visiting here at the Reading Room. I know you'll enjoy this one.


Since she inherited her parents’ home, Cara Eckford has used walks in the nearby woods as inspiration for her art, so she is shocked and upset upon finding that ‘No Trespassing’ signs have recently been put up on the property. But when she angrily confronts the land’s new owner, the infuriatingly sexy Luke McCrae, she merely earns herself a stern scolding and a sound spanking.
Despite her irritation, Luke’s bold dominance leaves Cara’s heart racing. He soon proves more than ready to tame her fiery temper with his belt applied to her bare bottom, but even with tears in her eyes and her backside on fire Cara’s need for Luke cannot be denied, and when he takes her in his arms his masterful lovemaking satisfies her deeply.
Cara’s newfound romance with Luke grows stronger and more passionate with each passing day, but when conflict over his plans for her beloved forest threatens to tear them apart, can she make use of her powerful connection to both of their ancestors to convince him to change his mind?


Publisher’s Note: His Land, His Law includes sexual scenes and spankings. If such material offends you, please don’t buy this book.


The sight of Cara’s well-padded buttocks bent over his knee had woken Luke’s desire with breathtaking ferocity. He’d spanked her to discourage her from defying his rights as a property owner and neighbor, to teach her some civility. He hadn’t expected to enjoy spanking her so much. He hadn’t expected to want to lay her down and make love to her right on the spot.


When he was finished, he was already hoping for an excuse to spank her again, hopeful that it might lead to something cozier than just a bottom-warming. The flush burning up her neck when he helped her back to her feet suggested that she hadn’t hated the experience either. She couldn’t hide the fact that her nipples had stiffened to hard pebbles that pushed against the thin fabric of her t-shirt.


So when she demanded to be set free, he did so while warning her of the consequences of any further disruption to his plans. Her reputation for stubbornness and being a tree hugger said he could count on paddling that gorgeous backside again some time. If he could get her past her romantic opposition to his development plans, they might even have some fun together.


“Every time,” he repeated. “Understand?”


Cara said nothing. She nodded with a half-smile, treating him to an innocent, wide-eyed look that was as genuine as a three-dollar bill.


He released her anyway. He couldn’t call her a liar without proof.


She was much prettier than he’d expected and no less spirited. The way her eyes dilated as she looked at him made his cock stiffen.


Grandpa’s lawyers had warned him that she wanted the land, but he’d done his homework. The value of raw acres was a fraction of what it would be if he cleared it and subdivided it into a tidy collection of small lots. She was going to have to get used to the idea, that was all there was to it.


He turned on his charm. “I’ve heard a lot about you, Cara. Everyone agrees you’re smart as a whip and unafraid of things that make keep most people awake at night.”


“What is there to be frightened of on Salt Spring Island?” Cara snorted before pulling herself a bit taller. She treated him to another empty smile.


He noted the effort it took her to stifle the flare of temper. Unskilled in the artificial body language of the corporate world where people were practiced at concealing their true feelings, she was easy to read. Advantage: Luke. 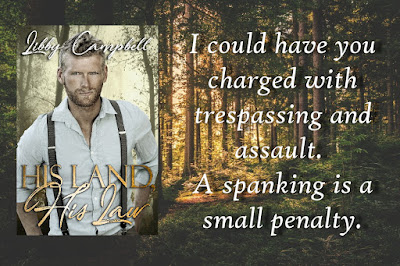 Don’t miss these other great books from Libby Campbell:


The Romancing the Coast Series


A Time For Will


Libby Campbell in her own words:


I’m in love with love. My romance stories feature strong, self-reliant women who challenge the powerful men who love them.


My books are set in the Pacific Northwest, a part of the world I know well and love deeply.


I’ve lived all over Canada, but the best decision of my life was when I moved to Australia to marry my leading man. After many years there, we moved back to the Pacific Northwest. We now live in a leafy neighborhood close to the sea.


My passions are reading and writing. I also love hiking, beachcombing, and an occasional night of dancing.


Sign up for her newsletter here: Libby Campbell newsletter


I little more from our author:


Where did this story come from?


I spend a lot of time on Salt Spring Island, hiking the forests, enjoying its beaches. Many of the forests were logged about a hundred years ago. Walking past the moss-covered stumps, some of which are six feet tall, feels like walking with ghosts.


Naturally some people would like to log these forests again. While I’m sure there are some places where fewer trees wouldn’t be a disaster, it would be sad to see many of the magnificent trees removed.


Cara is quite a firecracker. Is she based on anyone you know?


Nope. She came to me fully formed. I felt like were old friends from the day she pushed into my life and said, ‘write my story.’
Salt Spring Island has a huge artistic community: artists, writers, musicians and dancers. Cara would fit right in.


I don’t know why but when the book was forming in my mind in the late spring, I kept seeing images of WWI soldiers. Even though the Owen and McCrae families were farmers and might have had an exemption for their sons, I knew that Frank McCrae would want to enlist and do his duty.


WWI tragically shatters the love between Amaruq Owen and Frank McCrae. It’s the legacy of their unfulfilled passion that brings Cara and Luke together.


The families are named for two WWI poets, Wilfred Owen (Dulce et Decorum Est) and John McCrae (In Flanders Fields) who shaped my thinking about war at an early age.


How was this writing book different from your others?


I had to learn a lot about the skills of the Tsawout First Nation, like cedar stripping and Maquinna hat weaving, amongst other things. I studied styles of the late 1900’s and 1920’s. When I came across the detail that in some jurisdictions it was illegal for a woman ‘to wear the attire of the opposite gender’ I had to use it.
Posted by PK Corey at 12:00 PM