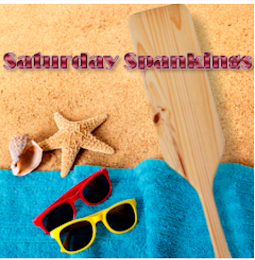 It’s Saturday again! Next week I hope to have up a snippet from the new book! Until then here’s another from the first book in this new series, On the River.

This story comes from Annie, Cassie’s sweet calm friend. Annie is the good one so there is very little spanking in her life, but they’ve been around Cassie and Tom long enough for a little to rub off. This insident happened way in the past, but Cassie was tickled to hear about it. It was Christmas Eve when Annie had gone out looking for a stray kitten she had secretly been feeding...

“My reason for being out didn’t make him any happier. ‘Cats can take care of themselves,’ Andy told me. He said something like, ‘Now that you stopped feeding it, it’s probably found its way home where it belongs. Wherever it is, I bet it’s curled up asleep and a lot warmer and drier than you were out there looking for it. That was dangerous.’

“I’d finally warmed up and had thrown the blanket off. We’d neither one said anything for a while, when Andy spoke up, sounding like he was almost talking to himself. He said, ‘Maybe Tom has the right idea.’”

Turning to Cassie, Annie said, “That’s why I think that the guys used to talk about this more than we ever knew.”

“It sure took Andy and Steve long enough to catch up,” Cassie muttered.

Annie laughed and went on. “He spanked me then. I think I was as much embarrassed as anything, especially when he put me over his knee. And knowing he was upset with me – I was just mortified. I cried before he even started. He wasn’t spanking all that hard and of course he only used his hand. Not like the whips and chains Tom uses.”

“Tom hasn’t used whips and chains since…” Cassie paused as if in deep thought, “the last time we were in Vegas,” she teased back.

Annie continued. “When he finished, he was very sweet and held me and told me how much he loved me. He said, ‘Now come on to bed or Santa’s going to pass us right over.’

“We turned off all the lights except for the Christmas tree and headed to our room. We flipped on the light and there, right in the middle of our bed was Snowflake, curled up in a tight little ball. The light seemed to disturb her and she gave us a reproachful look before stretching and curling up again with her tail over her eyes.

“Andy gave in. We had her for another fifteen years – one of the best Christmas gifts ever.”