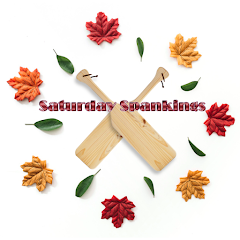 Welcome to Saturday Spankings! I have another snippet from Secrets on the River. I’m trying to share snippets of all types, serious, funny, sexy… I hope you like this one.

Cassie and Sue have been injured and inactivity and boredom are getting to them. Although they love Lily, their combination housekeeper, cook and babysitter, they do love to play pranks on her. Here is one of many.

Cassie and Sue felt they had practiced enough. It was time for the real thing. They waited until Lily had finished cleaning up after breakfast. The ladies had settled in the living room for the morning, their little surprise tucked away under the chair. As Lily turned to join them, Sue hit the button. There was no doubt it was seen as Lily let out a bloodcurdling scream and flew out the door and down the deck steps into the back yard.

Cassie and Sue howled with laughter at how well it had worked. Cassie scooped up their prank and hide it in her closet as Sue wheeled to the doorway to check on Lily.

“She sure didn’t stay around to protect us, did she?” Cassie pointed out nearly giggling.

She rushed to Lily in the yard with pretended concern. “Lily, what in the world! Have you lost your mind?”

Lily was still in a ‘state’ as she would describe it. She was shaking her head and pointing back at the house. “They’s a rat in there!” she cried. “Biggest rat I ever seen!”

“A rat? You’re crazy,” Cassie told her. “I’ve never even seen a mouse in the house. There are no rats! You’re seeing things.”

“I saw a giant rat, big as one of your cats run out from the livin’ room and down the hall. I seen it with my own eyes!” she insisted.

“What the hell are you all talking about?” Sue shouted from the deck. “What’s going on?”

“Lily, listen to me, there is no rat. There’s nothing to even attract rats. The house is spotless. It’s summer so they aren’t coming in to get warm and there’s plenty of water all around. You probably saw one of the cats run down the hall. Now come on back to the house.”

Lily went in with them hesitantly, looking around with care. “Y’all be all right if I go to Miss Priss’ house for a minute? It’s all shut up and I want to look for rat droppin’s there.”

“Have you seen any here?” Sue questioned.

Lily nodded, grabbed a broom to protect herself on the way to Sue’s. None too soon, as Cassie and Sue nearly exploded with laughter.

“That was perfect!” Sue crowed.

“Couldn’t have gone better,” Cassie agreed. “How many times do you think we’ll be able to get away with it?”

“Oh a couple more I’d think. Then we’ll put it away and bring it back out in a month or two. This could last a while,” Sue smirked. “We’re just going to have to keep it together when she tells the boys.”

The ladies smiled to one another. It was fun to have a project.