Saturday Spankings - I don't think you should spank me

Welcome to Saturday Spankings – I hope you are having a happy Easter or Passover. Today'e snippet, once again is from my latest book, Suspicions on the River.

Last week Cal was worried about the break in at Pat’s. When he came home and found Jenny drunk and mad about what she had heard Pat and her friends talking about. Cal can’t help wondering if Jenny had anything to do with trashing Pat’s apartment. He let Jenny sleep late the next day – but that afternoon he came home to talk with her.

“Better, but not so great. I guess you’re pretty mad.”

“I am,” he answered. But he didn’t sound angry. “You drank a lot Jenny, enough to be dangerous. What I want to know is why?”

She had already decided to tell him the whole truth. “I overheard a bunch of women talking in the Vintage yesterday. They were telling Pat what a horrible marriage we have. That all we do is fight. And you’ll be tossing me out on my ass anytime now. They told her I’d tricked you into marrying me and if she just stayed around long enough, she could easily get you back. Pat seemed to like the idea just fine.”

Cal gave her an intense look. Finally he asked, “You heard all this yesterday at lunch?”

“I guess you were pretty pissed,” Cal said, looking at her keenly.

Cal hated where his mind was going. His beautiful, fiery wife hearing all that… could she have? Would she have?

“Do you remember what I told you about Pat last night?” Cal wanted to know.

“No,” Jenny said coldly. “I don’t remember us talking about her. What?”

“Her apartment was broken into yesterday afternoon and trashed.”

They stood staring at one another as Jenny absorbed the information. As realization dawned on her, it was as though fire shot from her eyes.

Jenny’s cold anger seemed worse to Cal than when she’d been yelling and throwing things at him. “I never went near that bitch’s apartment. I don’t even know where it is. And you should know that without me having to tell you. Maybe she trashed it herself just to have a reason to call you. Did you ever think of that?”

When Cal went to Jenny and pulled her into a tight embrace she burst into tears. “I know you didn’t do it. I believe you. But my job means I have to think of everything from the obvious to the ridiculous.”

All the fight seemed to leave Jenny, as she pressed herself against Cal. “I guess I might have done it if I’d thought about it,” Jenny admitted, only half kidding. “What I did was go running. I ran for over five miles then I came home and started drinking. And I don’t think you should spank me for it.”

Cal was surprised that she was calming down so quickly. “You don’t think you deserve a spanking for downing more than a six-pack by yourself?”

“No, I don’t. Now if I start doing it once a week, maybe. But once every four or five years…”

Cal let go, stepping out onto the porch and put out the privacy flag. He didn’t expect Ryder at lunchtime, but he didn’t want the boy walking in on anything. Going back in, he took Jenny’s hand and led her to the bedroom. 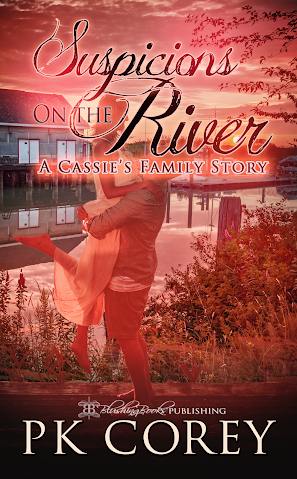