Saturday Spankings - Did he or didn't he?

Welcome back! In this week’s snippet from Suspicions on the River, Jenny and Ryder use his dad’s drone for a little peek into Pat’s apartment. Unfortunately, the police are there to take them in. The police chief lets them off with a warning and Jenny is frantic to get out of there and hopefully beat Cal home. Sadly, it’s not to be.

“I’ve called Cal to come pick you two up. I’d like to talk this over with him.”

Shit, shit, shit! Jenny wailed in her mind. She would have been more than happy to go to jail instead. She had no doubt Cal was going to bust her ass, but what about Ryder? She was feeling panicky for him. She knew the whole Bennett family believed in spanking, even the children occasionally. This was completely her fault. But there wasn’t a damn thing she could do about it now.

Chief Waters had them wait for Cal in separate areas. It was nearly forty-five minutes later when he arrived. He stalked past Jenny without speaking and directly into the chief’s office. They talked for a good while before Cal came back out carrying the drone. He nodded to Ryder to join them and put out his hand to Jenny. They left the station and rode home in total silence.

Cal led them in when they got home and then turned to look at them both. “This was my fault completely,” Jenny began.

“No, it wasn’t,” Ryder contradicted. “I mentioned the drone and what we could do with it.”

“Is this your drone?” he asked Ryder.

“Does he know you have it?” Cal questioned.

Jenny whirled to face him. “I thought…” but she trailed off as Ryder looked down.

“You were trying to see into Pat’s apartment tonight. Is that correct?”

Without looking at one another both Jenny and Ryder nodded.

“I appreciate neither of you trying to lie about it,” Cal told them. Turning to Ryder he said, “You took your dad’s drone without permission. Then you used it to illegally spy on someone. Do I have that right?”

“If your dad was in my place, what would he do?”

Ryder’s heart was beating fast. He didn’t want to answer. He’d had the occasional spanking growing up, but the idea of his Uncle Cal whipping him was causing his heart to race.

Reluctantly he answered Cal’s question. “I think he’d probably give me a whipping.”

The look Cal shot Jenny gave her the shivers. “You need to take a seat, get off that ankle and hush,” he told her. “Right now this is between me and Ryder. I’ll talk to you later.

So, did he? Didn’t he? You’re going to have to read the book. 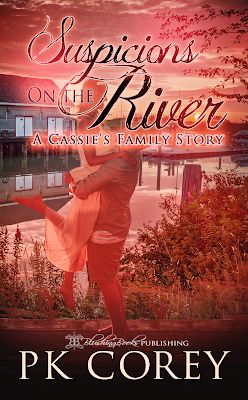